Gosh, I’m so proud of the five “representatives” from Michigan who voted against stopping the government shutdown, that I just had to post extra.

I nominate them for Most Selfish Pricks of 2013. 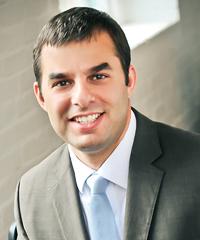 These five helped fellow psycho Ted Cruz to hold the government – and by extension, the American people – hostage.

They will tell you that it’s because of government over reach and spending.

If these five shallow people had hijacked the government over the absolutely obscene amount of money we are spending on “homeland security,” we could have been fellow travelers.

If these five had thrown their hissy fit over the NDAA, Citizen’s United, the relentless NSA spying, the militarization of police, or any number of things that have seriously broken our system of government, I could have been cheering them on.

But they did it over “Obamacare.”

Health care for children. And they are all so proud of their “pro-life” credentials. Just don’t get born, fetus!

Obamacare is a piece of shit legislation written by the insurance companies and big Pharma, but at least it covers a few million more people, again, most of them children, than were covered before it became the law of the land.

You fucks just can’t stand it. You’ve got yours. Lifetime health insurance. Pension. You are all set for life. Who do you think you are to deny what you have to the rest of your own constituents?

If I was your mother, I’d smack you hard and send you to your rooms for the rest of your lives.